Hype Cycles are Inevitable as You Cross the Chasm Covalent 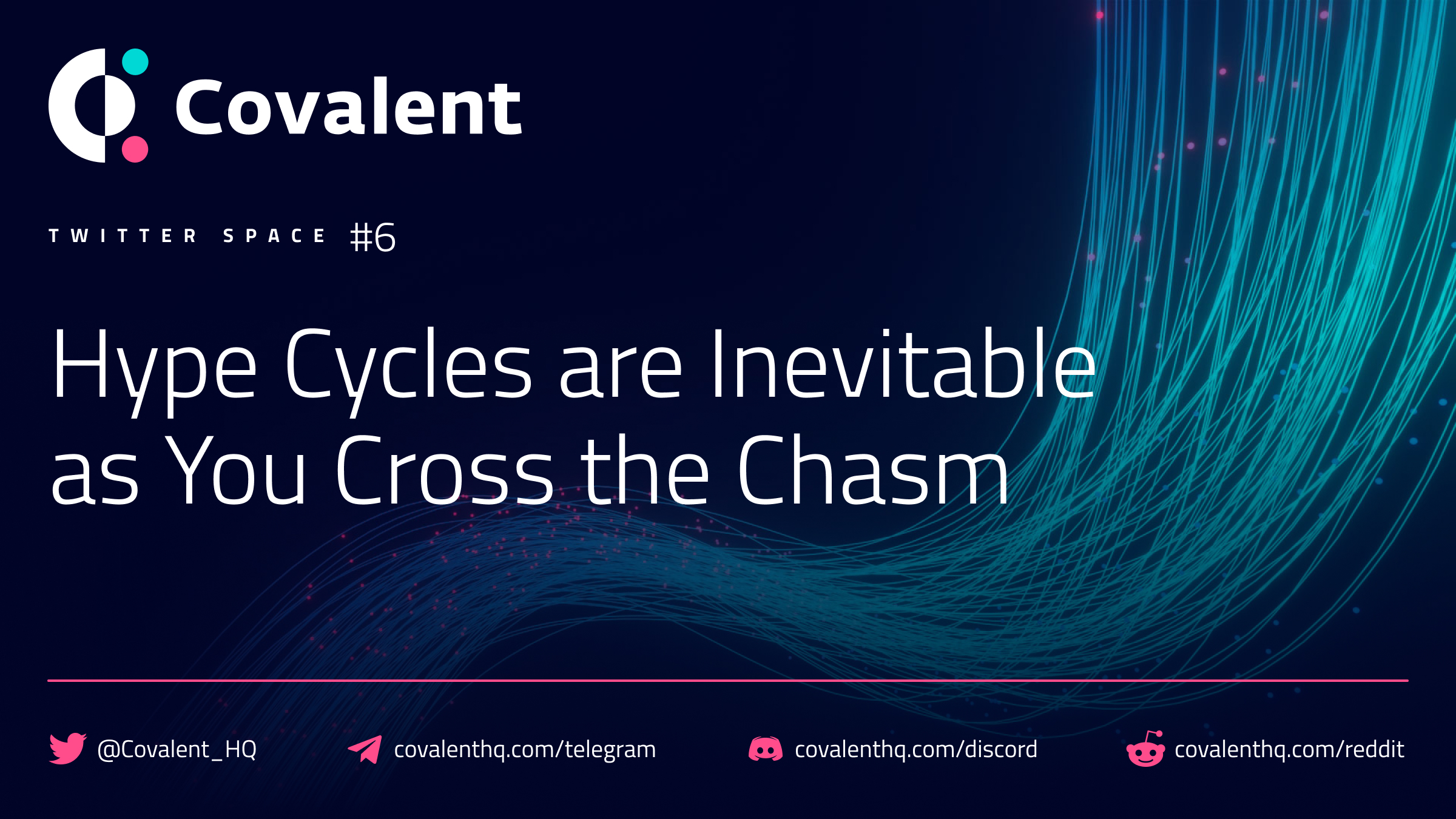 TL;DR: On last week’s Twitter Spaces we dove into hype cycles in crypto. Joining Ganesh was Joel John from LedgerPrime, Marc Weinstein from Mechanism Capital, Siddharth Jain from DefiDollar and Covalent moderator Pratik Gandhi. Our panellists explored three topics; platforms vs. applications, exogenous factors driving demand, and investment cycles. The consensus was that we have yet to cross the chasm to the mainstream market, but this cycle has created a lot of opportunities for both individuals and investors. Wise practices in hype cycles are to follow the teams who have a strong core and who contribute value regardless of the market conditions.

Join us every Wednesday at 10 am Pacific as take apart key topics in the crypto space! 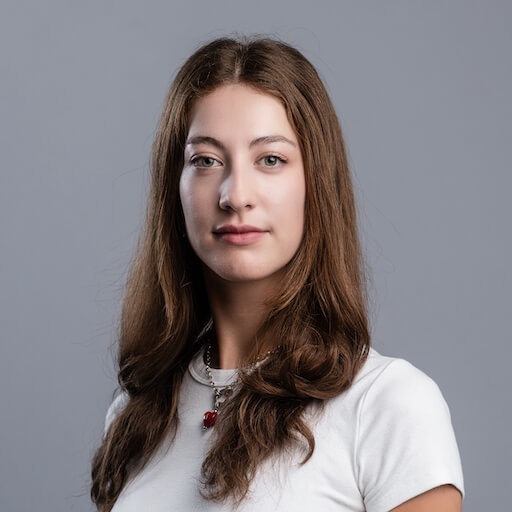 Hype Cycles are Inevitable as You Cross the Chasm

TL;DR: On last week’s Twitter Spaces we dove into hype cycles in crypto. Joining Ganesh was Joel John from LedgerPrime, Marc Weinstein from Mechanism Capital, Siddharth Jain from DefiDollar and Covalent moderator Pratik Gandhi. Our panellists explored three topics; platforms vs. applications, exogenous factors driving demand, and investment cycles. The consensus was that we have yet to cross the chasm to the mainstream market, but this cycle has created a lot of opportunities for both individuals and investors. Wise practices in hype cycles are to follow the teams who have a strong core and who contribute value regardless of the market conditions.

Join us every Wednesday at 10 am Pacific as take apart key topics in the crypto space!

What is a Hype Cycle?

A hype cycle is a graphical representation of the typical life cycle of new innovations. In the 21st century, hype cycles are often referenced with regards to new technologies, as many of these disruptions come with similar phases of adoption.

In crypto, we’ve seen a rapid increase in users and TVL (Total-Value-Locked) across the entire market. The rise of “Eth-killers” and NFT booms has left many of us wondering where we stand on the road to mainstream adoption, and how we can make good investments in the midst of so much noise.

1. Platforms vs. Applications are the Ying-Yang of Adoption Cycles

First, we took a look at some historical cases to understand the topic of platforms vs. applications. For example, airplanes and airports. Airplanes were invented first, whereas airports were invented because they were necessary for mass adoption with regards to using airplanes. Airplanes can exist without airports, but the reverse isn’t true. We’ve seen many unique projects come to fruition in this space, but are we ready for the next step?

Joel described this relationship like a seesaw. With growth, comes the realization of scaling limits, which pushes the focus back to infrastructure, and this is what happens in a cyclical fashion. Our panellists agreed that each time we reach new heights, we gain a better understanding of what needs to be built, and these bubbles are necessary for gradual advancement in this space.

“ Every hype cycle has three angles to it, and one of them is marketability. Now, when you can’t understand something, you tend to basically buy into the marketing hype, and think that this is the future, and that is when micro bubbles tend to happen.

2. Exogenous Factors Drive Demand, or Do They?

The second topic we explored was whether or not exogenous factors can drive demand and mass adoption. For example, can the rollout of privacy laws like GDPR in the EU lead to the adoption of privacy tech? Or can the anticipation/fear of cyber warfare lead to increased demand for decentralized technology (i.e., there is not one honey pot to go after).

Marc argued that we are seeing one exogenous factor play a substantial role in crypto adoption, and that’s Quantitative Easing. In the midst of the pandemic, central banks have been rolling out expansionary policy with a nonchalance that some might find concerning. However, this is not just Covid behaviour. Marc illustrated how over time quantitative easing has effectively widened the gap between the poor and the rich, by increasing returns to capital relative to returns to labour.

Lower returns to labour means that many peoples’ wages aren’t keeping up with inflation and the real cost of living. In a climate such as this one, people are turning to crypto as a need more than a “nice-to-have”. Crypto is an opportunity for people to increase their paycheck and generate multiple sources of income, effectively bolstering their returns to labour.

3. Investment Cycles - Hype cycles can Lead to Boredom and Burnout

Disclaimer: Not financial or investment advice.

To wrap up the discussion we moved to the last topic of investment cycles and how to know when an investment is right. Our panellists have all had their share of successful investments -some of them are backers of Covalent- and we thought it would be interesting to know how they find a pot of gold in a noisy market.

Marc pointed out that founders are investors too, because they’re investing their time and attention into a project without knowing how external forces will change. Inevitably the market delays the gratification from investments, but the teams that attract investors are the ones that can keep their heads down and build through the winters. The pot of gold is more likely to be found where the team is strong and the addressable market is large.

In a bull market however, there are additional challenges to retain talent when developers have an array of opportunities available to them. In this case, developers are not just looking for the best paycheque, but for leaders that inspire them.

Joel made a point that many investors make the mistake of looking too much at trends. This doesn’t allow them to do justice to the people who are putting their lives into something. It can be favourable to get obsessed about a few themes, rather than trying to focus on everything at once. Even with a smaller scope, one successful project yields net positive results.

Siddharth weighed in on the hype cycle indicators that are characteristic of an out-of-control market. In particular, receiving seed decks on a daily basis with multi-million dollar valuations. When the market becomes so competitive, and people are closing deals in three or four days, it can be hard to find valuable projects. While Siddharth’s acknowledged the comfort of numbers, he suggested it’s worthwhile to look to the areas where opportunity is immeasurable.

“ The projects that actually move the needle are the ones that create a market for which there is no accurate metric to measure how big the opportunity is.

One thing everyone agreed upon was that there’s no way to know if you’re going to find a pot of gold, but try your odds with the projects that are contributing value regardless of the market conditions, and who have a clear vision for the future they want to see.

Some of the resources mentioned during the talk: 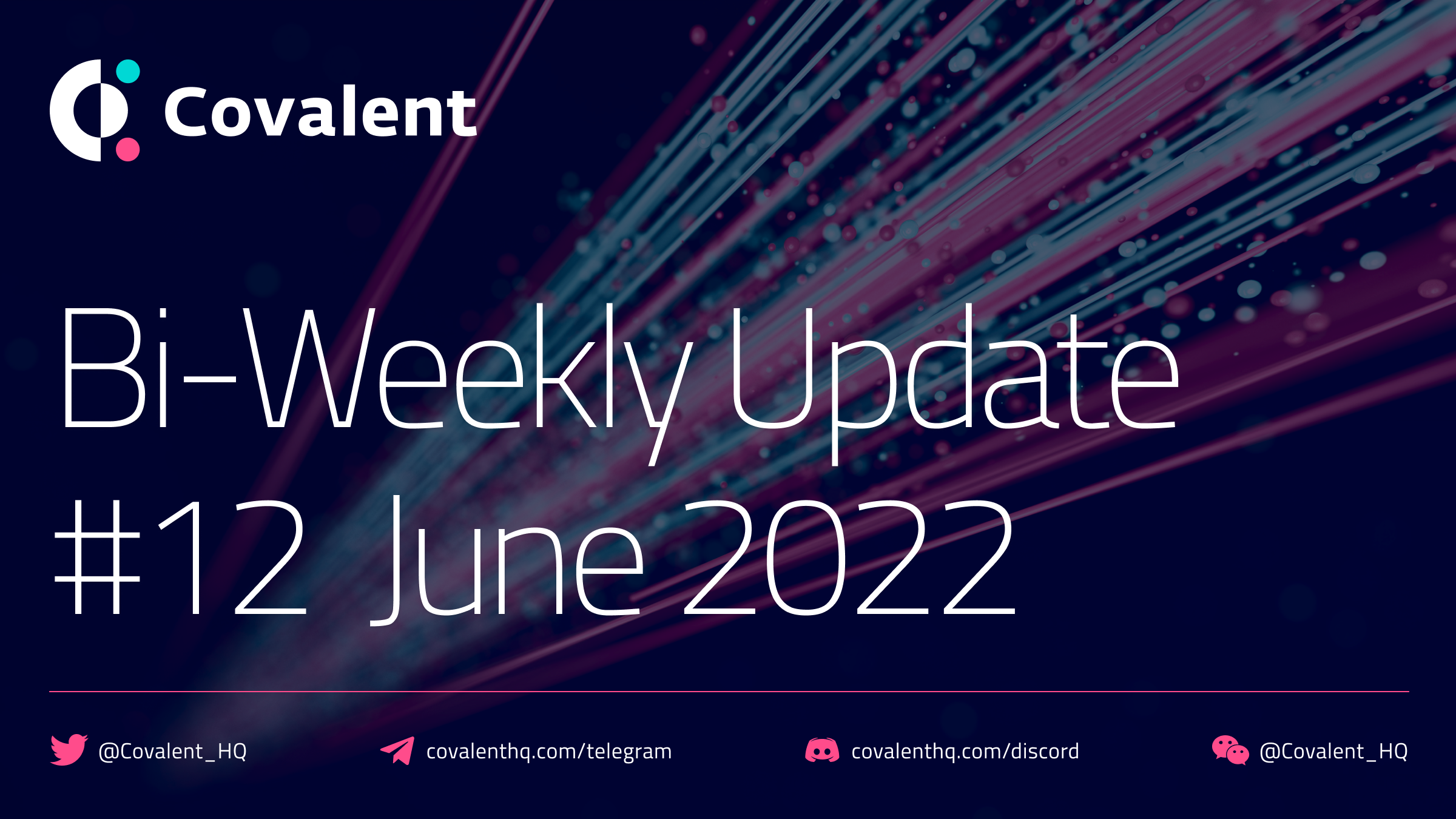