A critical component of the Covalent Network is CQT. CQT is the native token of the network wherein all settlements are denominated in this currency. CQT’s functions can be broadly broken down into the following:

Staking & Infrastructure: Operators, who first have to meet the minimum staking requirement to become such, are compensated in CQT for honestly fulfilling their roles (or role), and performing work on the network like validating data requests, indexing blockchain data, and responding to queries. Furthermore, token holders who wish to contribute to securing the network but do not wish to run node infrastructure, can delegate to a Network Operator and earn staking rewards in CQT.

Governance: Those who hold CQT and have a vested interest in the network will be able to vote using CQT for on-chain proposals put forward by the community.

CQT Operating on the Covalent Network

CQT is not a payment token, rather a means of settlement (settlement will take place on MoonBeam). In the future, when an individual makes a call for the API, they will pay in a US denominated stablecoin such as USDC. The contract will then perform a market buy of CQT using this USDC, driving demand for the token. The CQT is then distributed to the wallets of nodes as a reward for answering the API query. 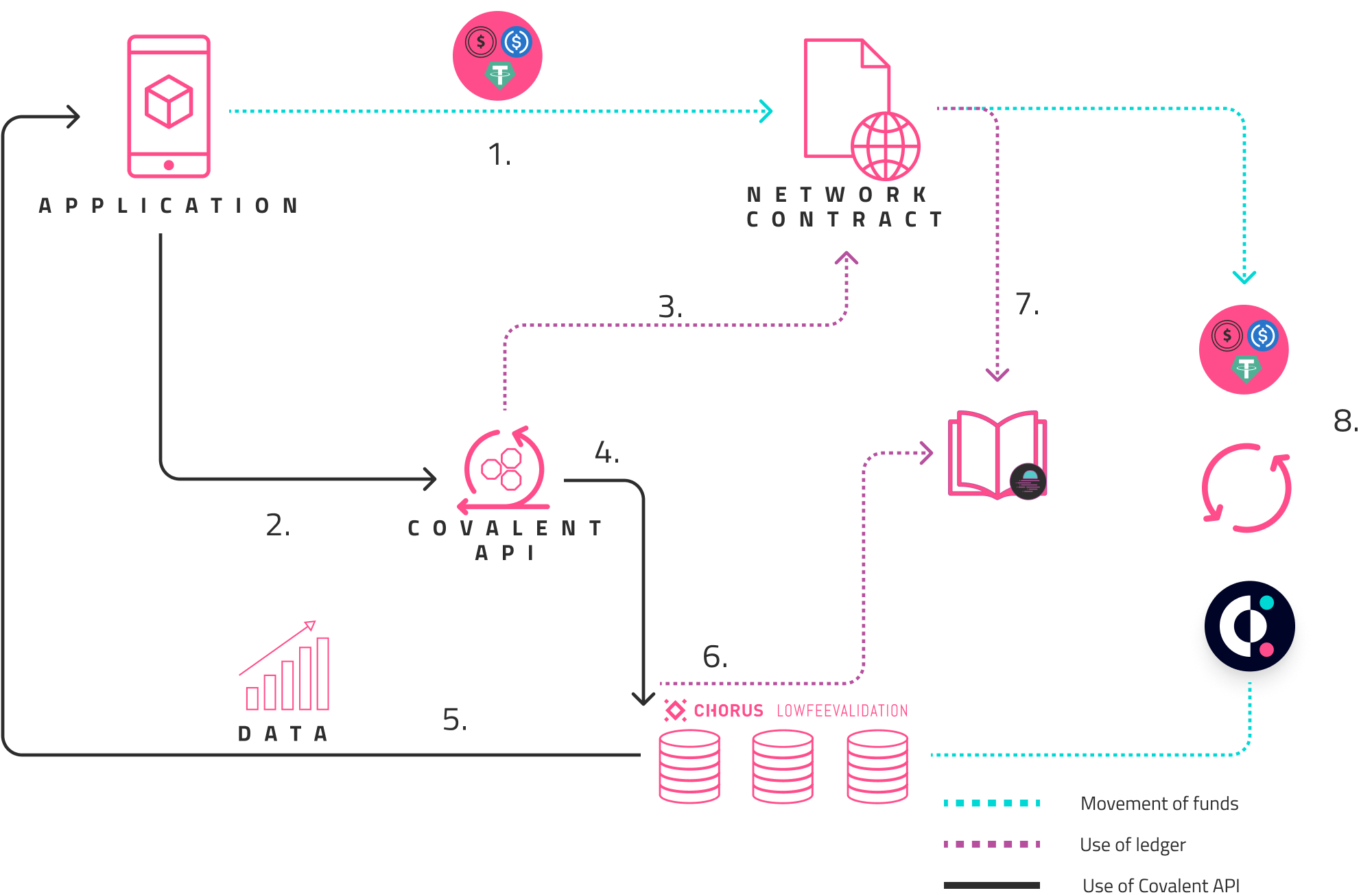 The reason for implementing a stablecoin mechanism is that:

The greater number of API queries, the greater the demand and buy pressure for CQT that exists on the Covalent Network.