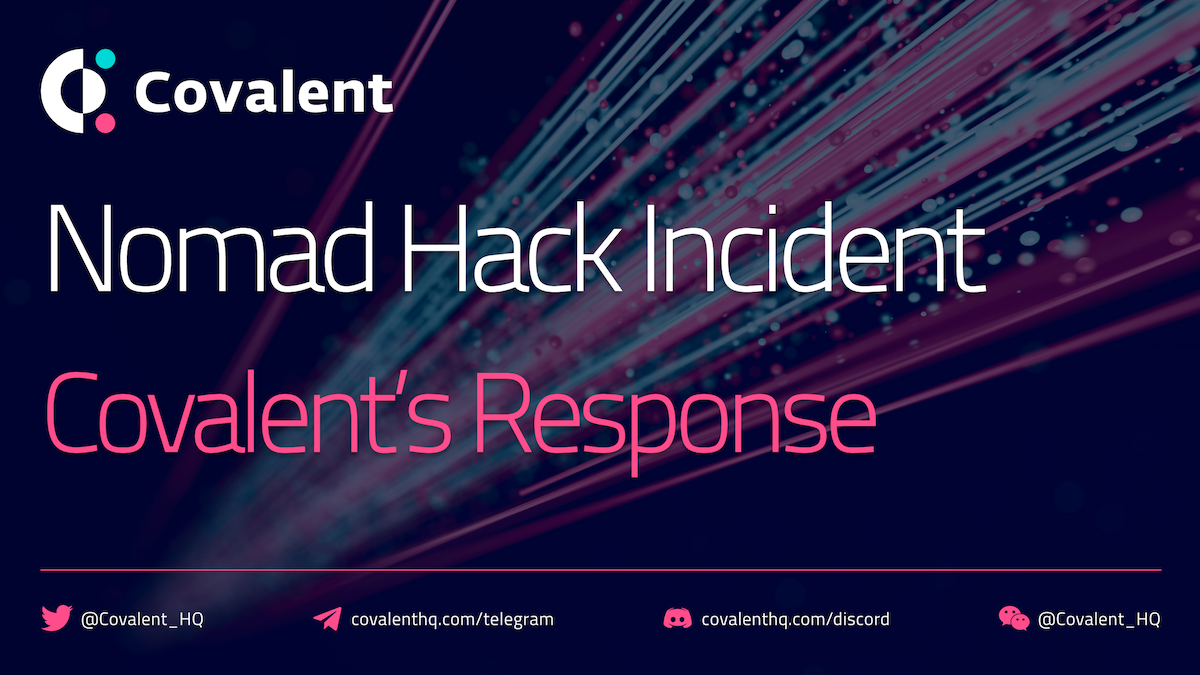 On August 1st, the Nomad bridge was exploited and over $190M in various assets were withdrawn to the Ethereum network. These assets included 113.55M (11.3%) of the total Covalent Network ($CQT) supply on the Ethereum network contributed from 255 unique wallet addresses. Despite the CQT setback, we’ve been open and transparent with the community and everything we're doing moving forward, which you can read about in The Nomad Hack Incident: Covalent's Response 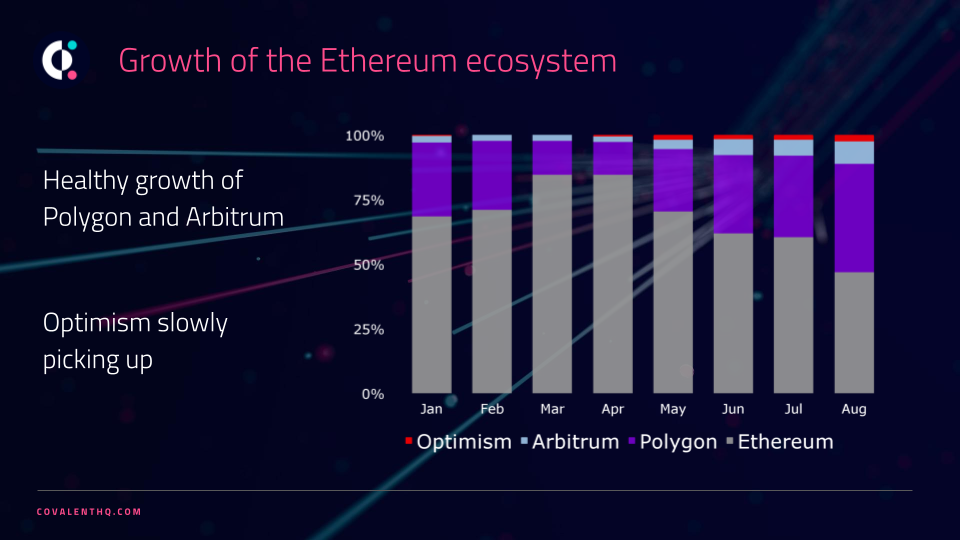 Two years ago, Ethereum was the undisputed dominant player in the space. This quarter, using Covalent data, we're seeing blockchain traction move from single-player mode to multi-player, as the new Alt 1 blockchains are facing off as contenders to the L1 blockchains.

2a. Covalent's March to be the #1 Blockchain Indexer 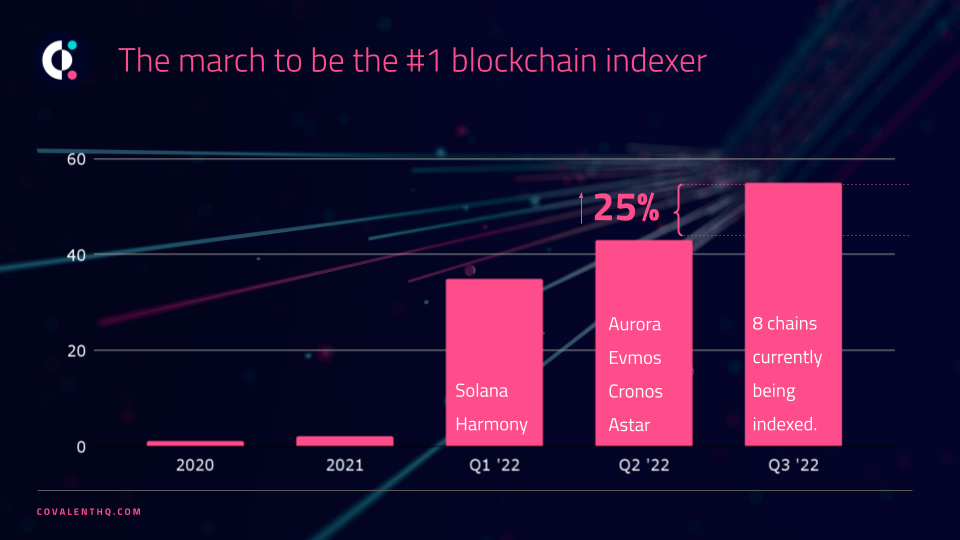 Continuing on our relentless march of indexing the world’s blockchain information, Covalent announced its integration of Godwoken on the Nervos Network on August 10th, bringing our total to 42 blockchains (the biggest in the industry).

Also this summer, Covalent indexed the most amount of blockchains in one quarter since its inception. The Aurora, Evmos, Astar, and Cronos chains have all been successfully integrated. 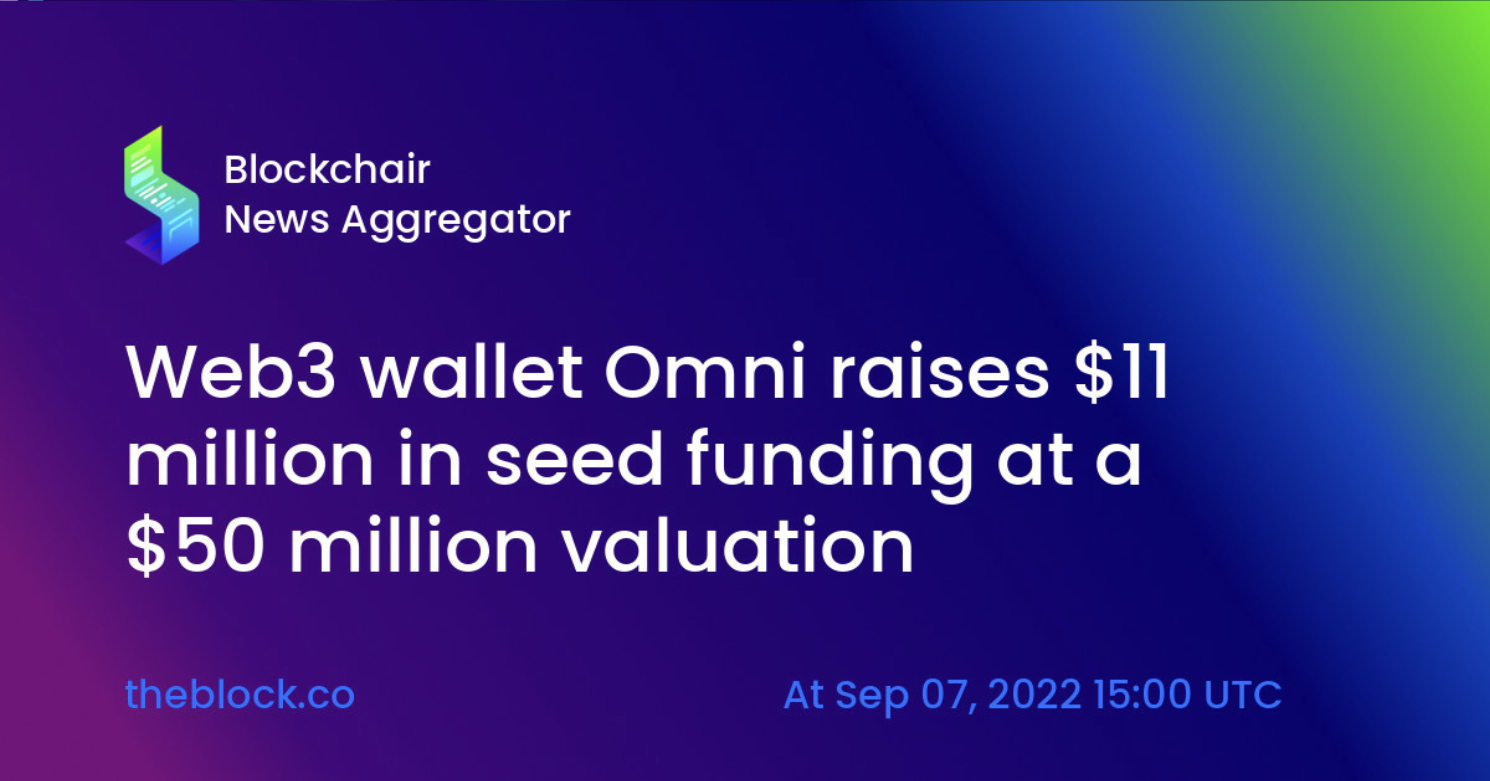 Our first builder spotlight goes to Omni (previously known as Steakwallet). Congratulations for raising $11M in their fundraising round! 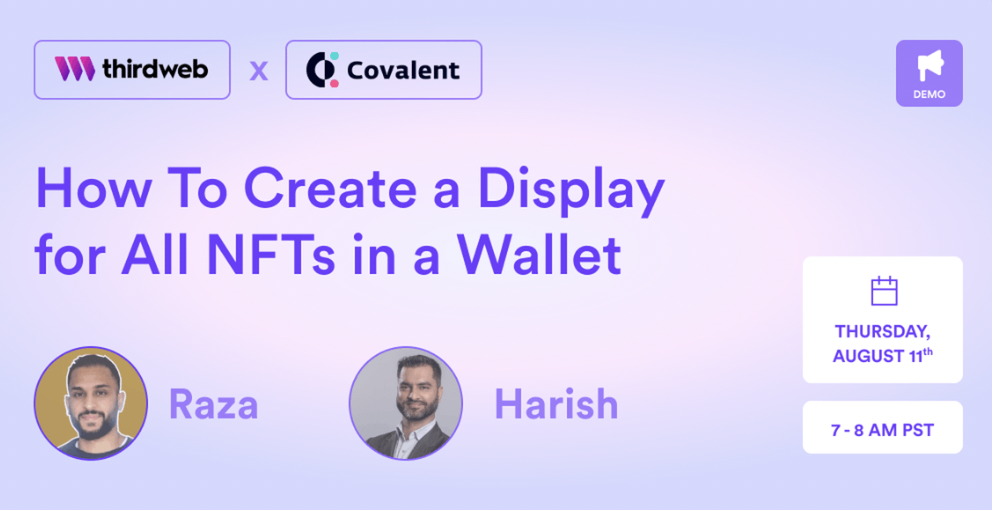 Our second spotlight is for congratulating our partners Thirdweb, for raising a $24m round!

What’s in store for blockchains? with CoinDCX

Ganesh Swami, CEO & Co-Founder at Covalent, moderated an exciting panel with the titans of the industry on the future of blockchain in Web3. 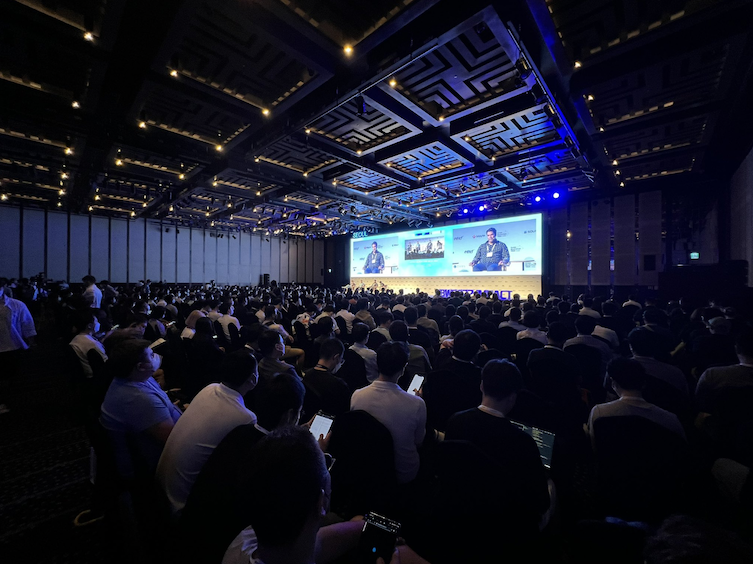 Covalent had its first ever presence at South Korea's biggest blockchain convention, IRL, where Ganesh Swami gave a talk on Data Economy Powered by Data Analytics 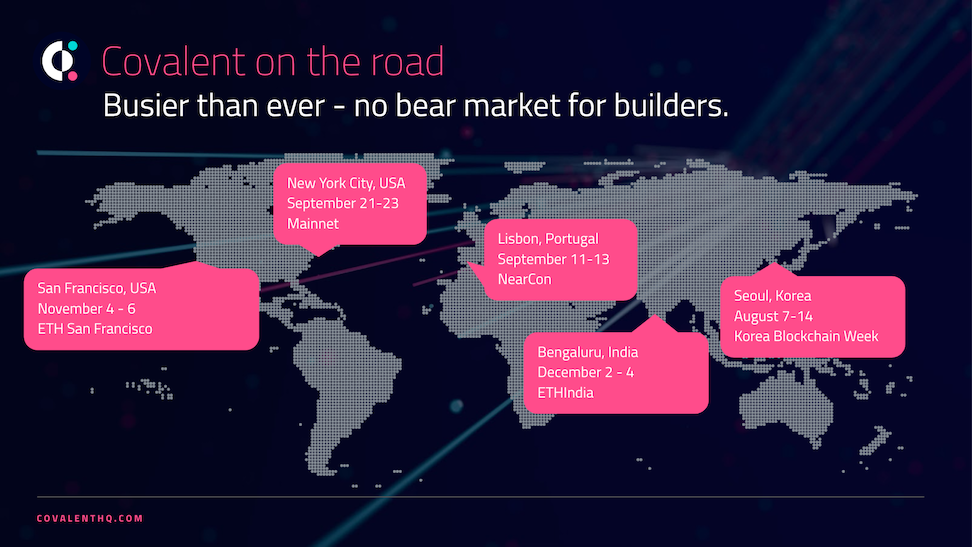 Covalent's upcoming events are listed below, will we cross paths?

Thank you for all of your continued support! We look forward to sharing more exciting updates. You can join our mailing list for regular news or reach out to me directly.