Terry Williams: “Act one up. Think two up.”

“Act one up. Think two up.” These words were instilled in me sixteen years ago, as a young soldier serving in the British Army. I applied the latter part of this lesson after first meeting Ganesh, as a guest at Covalent’s annual retreat. He had explained to me the innovative work that Covalent was doing and how his team would make a groundbreaking impact in the Web3 space.

“Think two up” means to think about the bigger picture. In this case: What is Ganesh trying to achieve? Why is it important? How can I help? At this point in my life, I had been missing adventure and the fulfillment that comes with contributing to something important. To be honest, I was bored, and I envied this group of hard-working pioneers and their dedication to Covalent’s mission.

After enjoying the rest of my weekend, I thought nothing more of it, until a few weeks later when I received a text from Ganesh that would change everything for me. 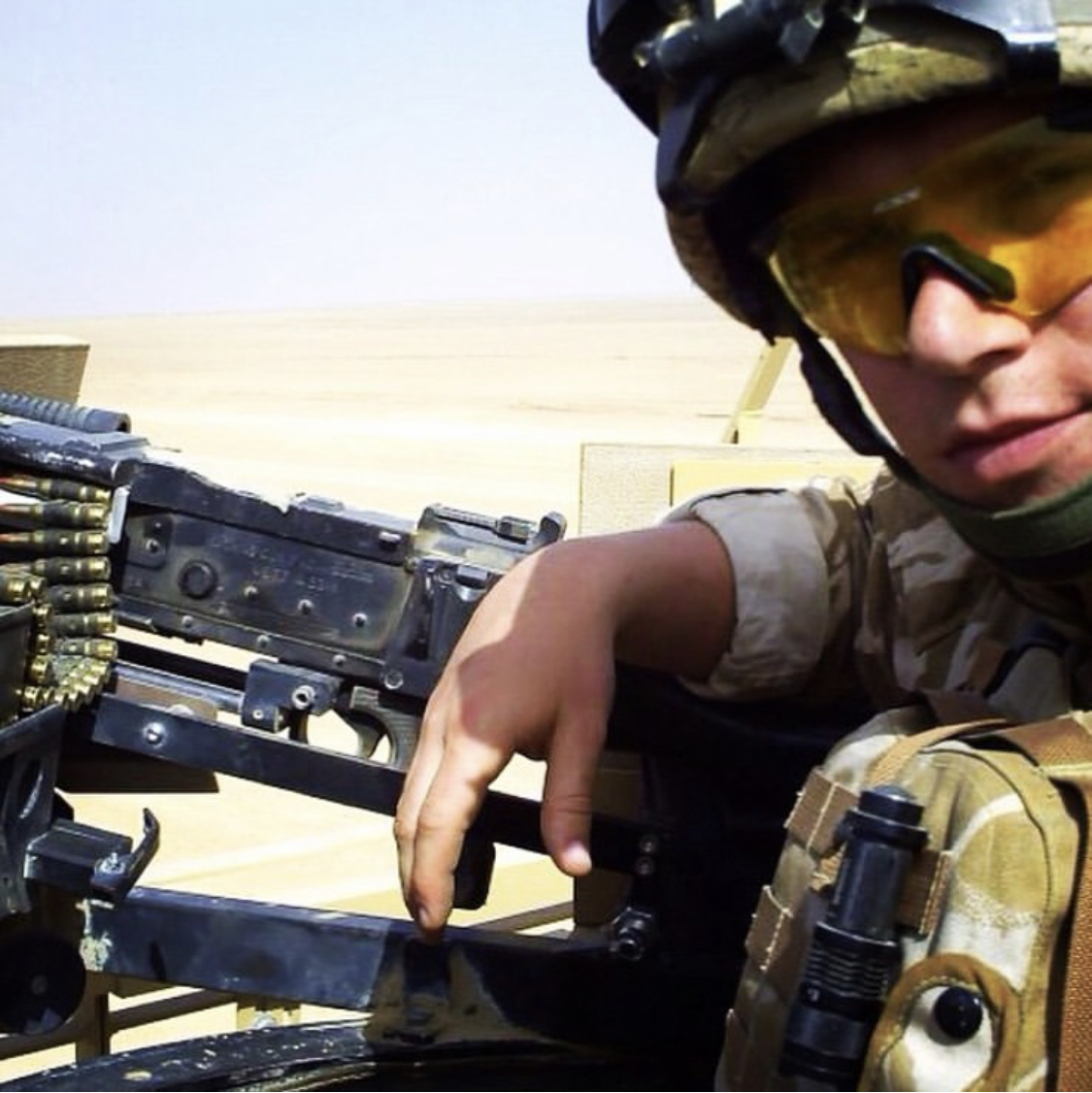 Ganesh had invited me for a walk in a local park to talk about Covalent in more detail. After offering more about the company, he turned the conversation to me, though we did not discuss what I had anticipated we might. Instead of focusing on my career history in operations, management, sales & marketing, and everything I thought to be relevant, he seemed much more interested in my military experience. This was something that I rarely discuss in detail. After all, most people can’t relate, and who wants to listen to someone rattle off old war stories? Nobody, in my experience, and so I typically try and steer these conversations elsewhere.

I touched on my time in Afghanistan and operating around the world with the army, training in riot control, and leading teams in stressful conditions. This was also one of the few times that I had ever voiced how I applied this uncommon type of experience to my civilian career, using it to adapt quickly to fast-paced environments, tighten-up operations, and develop performance in growing teams. It seemed that Ganesh was looking for a person to help keep the company aligned amidst the stresses and uncertainties of start-up life and to push performance, while still being able to build an emotional connection with the team.

At the end of our walk, Ganesh offered me the position of Chief of Staff with Covalent.

“Let’s try this for two years,” he said.

In full transparency, there was no job description and no certainty for the future, but I believed in Ganesh’s vision, and so far he seemed to believe in me.

I could figure out the details once I had a better handle on the team and the mission.

What does a Chief of Staff do?

In essence, working directly with both the executive team and the company’s Department Heads, my role as the Chief of Staff is to bring strategic focus and create operational efficiency within the company to ensure that my principal, the CEO, can make full use of his most limited and valuable resource: time.

Often this can be as simple as identifying and taking ownership over B and C level items, such as representing the CEO in onboarding new team members, addressing the entire company at town halls, and managing the company’s Objectives & Key Results. However, my duties as the Chief of Staff also involve speaking for the CEO during crisis situations, overseeing employee and department performance, and representing him at times when it is better for us to divide and conquer challenges to cover more ground. A particularly noteworthy situation I handled within my first six months was overcoming an eleventh-hour delay to Covalent’s much-anticipated Staking Launch.

The Staking Launch was a huge company-wide undertaking, with a number of logistical challenges and time-sensitive responsibilities across Engineering, Marketing, and other departments. With days to spare, last-minute changes and proposals to the orchestration were threatening to bring the Staking Launch to a grinding halt. With the CEO out of the country and attending to other pressing responsibilities, the duty was mine to immediately step in, help prioritize impact and urgency, and realign the team leads in order to bring the Staking Launch back on track. The principle of “Act one up. Think two up,” felt like it had never been more paramount for me.

A year in with Covalent and how do I feel? I feel more pride, fulfillment, and excitement for the future than I have in a long time. But, I can also tell you that the Chief of Staff is a role that demands constant balance and adaptability to find success. Bruce Lee famously said:

“Be water… …water can flow or it can crash.”

After cutting my teeth leading teams in military operations, I am well accustomed to operating alongside people who are tired, stressed, and working odd hours away from their families for long periods. I had learned early that in work environments like these, it is critical to know when to be the hammer and when to be the anvil, when to listen and when to act, when to push back to your principal and when to yield. Covalent has called for much the same. We move quickly, we must be relentless against all obstacles, and we must be able to pivot on a dime when needed if we are to triumph. As a proud member of our team, if I could echo one lesson for taking on such a role in a hypergrowth technology start-up like Covalent, it would be this: